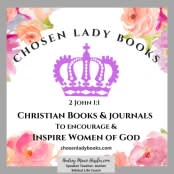 
The journey began with the new year — but really ... it began​ a full year before when the doctor peered over the rim of her glasses with a squint to her eyes and a bit of a scowl.


Speaking in a direct and serious tone, the doctor remarked, “You need to get a mammogram." I sighed. Then she sighed, too, and smiled and added, "Not because there is a problem. It's just precautionary."


​That made sense. I agreed. Then for almost a year, I ignored what she said. And I had good reasons . . .

Everyone has reasons for what they do. I did say with my mouth that day that I agreed with my doctor, yet with my actions, I acted like I didn't agree. I did nothing for almost a year because like three blind mice running around in my head, I had three good reasons why I gave lip service to the doctor’s prescription and procrastinated on getting a mammogram.


​So, as to my explanations for my trio of reasons for (almost) not going for a mammogram . . .

Reason Number One: During 2017, I had an exciting speaking year. I traveled to sixty locations speaking in four Midwestern states. So, in other words — I was just too, too busy.

Reason Number Two: I had a serious case of illogical thinking. I should have been diagnosed for that! I had a mindset of a more obtuse version of it won’t happen to me. I’ve had two pre-c surgeries, not recently, but in the past. I reasoned, I won't have to go through anything like that again. Right? I reasoned, There’s a limit on how much you go through in life.


​MY HYPOTHESIS WAS WRONG!


​The assumption of my hypothesis was erroneous. My so-called right thought – wrong!  Assumptions are always faulty ground. It was “ill” logic.

But Scripture does tell us, “No temptation (or testing) has overtaken you except such as is common to man; but God is faithful, who will not allow you to be tempted (tested) beyond what you are able, but with the temptation (or testing) will also make the way of escape, that you may be able to bear it.” 1 Corinthians 10:13 (KJV).


The Greek word for "temptation" is interchangeable in this passage with the word used for "testing." It can mean either. But temptations and testing are different. In simple terms, temptations arise from our sinful nature and from Satan. Testing is of God.


Either way, our Lord has us covered. Whether a temptation or a  testing, God does set a limit on how much we will be tempted or tested, but He decides.  It’s not for us to assume we know the limit. It’s for us to trust that God is faithful to allow us to not to be tempted or tested beyond what we can endure.


So, moving on to my best reason, number three.

Reason Number Three: No aches. No pains. No problems. I’m fine! Sometimes that is a really good reason not to go to the doctor or to do medical tests. Sometimes, that is still an excuse.


“I’m feelin’ fine” I told myself, and that is why often we don’t go to see a physician and let them do all kinds of poking, probing, and in this case, smashing, squeezing, are you serious, you are going to do what! tests.


​Well,  after almost a year, I finally went  for this doctor recommended screening test.  Then ... I was called back for another mammogram, and called back again, and then sent to the hospital, and then sent again. After all the additional testing, the woman from the doctor’s office who called me with the results had the most cheery, sweet voice. I thought for sure, This is good news!


I’m thinking you assumed that is what I meant.


But, you would have assumed wrong as to what I meant when I said, “I have the “C” word.


Yes, I did get that diagnosis. But, I was told I have “the good kind.”


"Good cancer" is an oxymoron; that's where two apparently contradictory terms appear together, like jumbo shrimp. And, did you ever really see a shrimp that was jumbo?


However, I am fortunate in many ways, and, in this case, for an early cancer diagnosis. And, ironically, it is hard to know,  since it is in the early stage if it would have even been detected the year before. Did God use my procrastination for my good? Though all things are not good, God does make us an amazing promise in Romans 8:28. God tell us, He will work all things together for good for  them "that love God, to them who are the called according to his purpose." I love God. God loves me.


But as for the diagnosis, when it comes to the "C" word, that is not what I am talking about.


THE ​NAME ABOVE EVERY OTHER NAME


Let me quote the apostle, Paul. “And being found in fashion as a man, he humbled himself, and became obedient unto death, even the death of the cross. Wherefore God also hath highly exalted him, and given him a name which is above every name: That at the name of Jesus every knee should bow, of things in heaven, and things in earth, and things under the earth” Phil 2:8-9 (KJV).


During this special season, this time when we celebrate, the  Resurrection of the Lord Jesus Christ from the dead, what I am saying is this – there is no temptation, no testing, no tribulation that I could ever face, or anyone in Christ could go through without knowing we can trust in this – the greatest truth! We have the greatest Name! We have this amazing blessed assurance – we have the Risen Christ!


​We have the "C" word, the name above every other name.


When you know you have that, it changes everything!


“The Lord is my rock, my fortress and my deliverer; my God is my rock, in whom I take refuge, my shield and the horn of my salvation. He is my stronghold, my refuge and my savior” (2 Samuel 22:3).


I have the upper case, capital “C” word. I have CHRIST!


I have the "C" word.  Do you? Jesus said,  "These thing I have spoken to you, that in Me you may have peace. In the world you will have tribulation: but be of good cheer, I have overcome the world" (John 16:33 NKJV).


Whether in the calm or the turbulent waters of life, or facing a tidal wave, Jesus Christ is my Rock! I have the "C" word!

Chairman of the board for the National Day of Prayer Task Force, Dave Butts, was asked to lead a prayer for America.

"Father of all that is, I bow before You acknowledging You as creator and king over all. As I come to pray for my count…

Read more
My Cancer Follow-up... and a "God moment"

MY CANCER FOLLOW-UP did not go so well. It was a bumpy-ride week. When I first got the message to come back to the hospital, I arrived home and looked at my neighbor’s house. She had been there the first time I got the diagnosis. She had tea with me and prayed. Bu…

Read more
Here is a smattering, a sampling of the spice of life, the inspiring people and the topics discussed during 2019 on the radio show God gave me the opportunity to host on AM 1160, Hope for Your Life, the Voice of Christian Liberty.


As the host of The Voice of Christian Liberty podcast and radio show, here are some of the encouraging, inspiring, God-honoring, topics we discussed on the radio during these past years, from A to Z:

Sign up for Audrey's inspired newsletter coming out July 4, and receive free art monthly or...

... for speaking engagements or for the newsletter contact Audrey Marie below. Or email her directly to request adding your name to her newsletter list for free monthly inspirational art or for any inquiry: [email protected] Your information will remain private. Email: